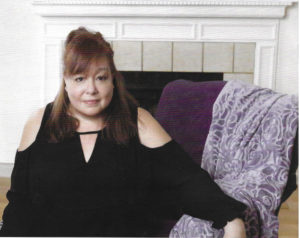 Pamela grew up on Long Island- you would neeever guess it- and received her bachelor’s degree in TV production from the University of Maryland-College Park.

She  started her professional career in media in the newsroom at WRC-TV in Washington, D.C. booking guests for the Live at 5:30 News. From there she moved onto casting and production on major motion pictures and TV programs such as: Clara’s Heart, with Whoopi Goldberg and Neil Patrick Harris; and Magnum PI, with Tom Selleck, Broadcast News. . .and so many more.  Two different Ad Agencies mixed in producing multimedia advertising and strategic marketing for companies such as: Disney, Proctor & Gamble, Pillsbury, Publix, BellSouth, and American Cancer Society and a little stint as Production Director at TBS Superstation.  A couple of Addy Awards thrown in and ya have it all!

After more than 25 years in the media industry producing TV and Radio Commercials, Print Production and Work on Major Motion Pictures, and a little battle with panic disorder, Pam decided to became an entrepreneur in 2002  and born was. . . In the Present !